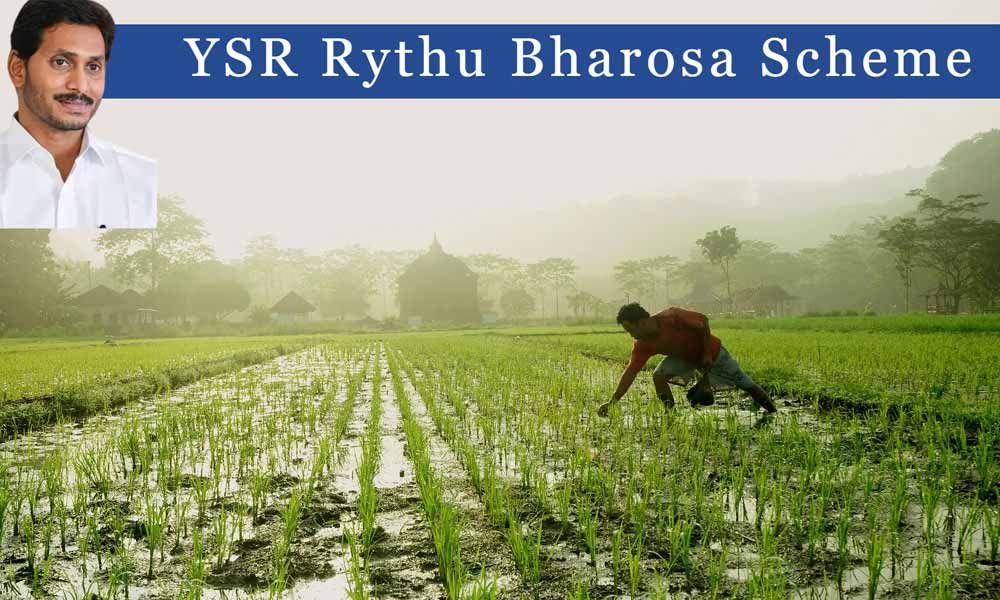 The second component of first instalment, Rs 5,500 each, will be credited into the accounts of around 49 lakh farmers The govt has already deposited Rs 2,000 out of the total Rs 7,500 which constitutes the first instalment of the Rs 13,500 a year sop Tenant farmers belonging to SC, ST, BC and Minorities, those who cultivate endowments and forest lands will also benefit under the scheme

Amaravati: As promised by Chief Minister YS Jagan Mohan Reddy, the first instalment of YSR Rythu Bharosa-PM Kisan scheme will be transferred into farmers’ bank account on May 15, despite the financial constraints.

About 49 lakh farmer families will be benefited by the YSR Rythu Bharosa-PM Kisan scheme under which the first instalment would be credited into the farmers’ bank account as an incentive ahead of the kharif sowing season.

For the consecutive year in a row, farmers will get financial assistance of Rs 13,500 per year in three phases, the first being Rs 7,500, followed by Rs 4,000 as second instalment to be released in October and the final instalment of Rs 2,000 to be credited on Sankranti.

The scheme is applicable to the tenant farmers belonging to SC, ST, BC and Minorities and those farming endowments and forest lands as well.

Initially, the scheme was to provide Rs 12,500 per year for four years. However, keeping the farmer welfare in view, the Chief Minister increased the financial assistance from Rs 12,500 to Rs 13,500 for a period of five years instead of four years as the government was formed in June after the sowing season in May. In addition, the state government has set up a helpline 1902 for farmers to get updated on farm related issues.

Besides supporting with financial assistance, the state government went a step ahead to launch 10,641 Rythu Bharosa Kendras (RBK) May 30, to back up the farmers on various issues. The RBKs will offer all agriculture and allied related services from a single platform and also function as crop procurement centre.

RBKs will have digital kiosks and smart TVs to help the farmers to stay updated about the latest developments in their fields and get expert advice on market dynamics, new techniques to maximise their crop yield and many more